70S DINNER PARTY AT THE MUSEUM 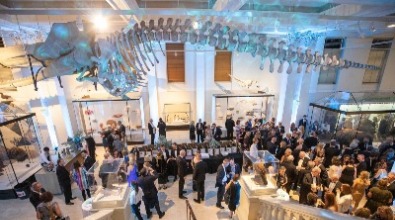 Pull on your best 70s clothes and join us for a fun evening of everything 70s  - dance, music and dinner.  We will be joined by special guest our Federal Chief Scientist Dr Cathy Foley who will delight us in a conversation about science education in Australia. Where we have come from, where we are at and where to next. How do we support and build science education in Australia so that our students are inspired to tackle some of the world's greatest challenges.

Join us for a fun night at the museum as we celebrate the history of the Science Teachers Association NSW and explore the future of science education with friends.

Dr Foley was appointed to the role after a lengthy career at Australia’s national science agency, the CSIRO; she was appointed as the agency’s Chief Scientist in August 2018, the second woman to hold that role.

Dr Foley’s career in physics began with her PhD at Macquarie University on the semiconductor indium nitride. She and her colleagues were one of the first groups to carry out pioneering research that examined the properties of indium nitride in light-sensitive devices, the best-known application being white light emitting diodes used for household low energy lighting.

Dr Foley is an inspiration to women in STEM across the globe and is committed to tackling gender equality and diversity in the science sector. Throughout her career she has strived to create an environment that embraces the full human potential of both men and women for wellbeing and economic benefit and for equality.

The resources shared in this article are for your interest only. Inclusion of resources or links to external websites does not constitute an endorsement by the Department of any resources, their providers or any material on those websites.

Copyright for this website is owned by the State of New South Wales through the Department of Education. For more information go to http://www.dec.nsw.gov.au/footer/copyright.